Inflammation of the vulva and of the urethra

Vulvitis is the inflammation of the external female genitals (vulva). It includes the lips or folds of the clitoris, and the openings for the urethra and vagina. Incidence Vulvo-vaginal flogosis is a progressively increasing condition especially in women of childbearing and postmenopausal age and is one of the most frequent causes of medical consultation. Over two million a year in Italy. The etiologic agents of vulvitis are essentially represented by streptococci, staphylococci, diplococci, etc. as well as from Trichomonas and mycetes. Gonococcal etiology is rarer today.

The simplest form of vulvitis is erythematous vulvitis, in which there is redness and swelling of the tissues with burning and itching. Serum serum secretion may also be present, but it is not a mandatory feature. The erythematous vulvite can also be determined by a reaction to a persistent leuco-xanthorrhea or an allergic reaction (synthetic fiber laundry, detergent residues used for laundry, cosmetic products and deodorant can occur on a traumatic basis (too tight pants, etc.) .) 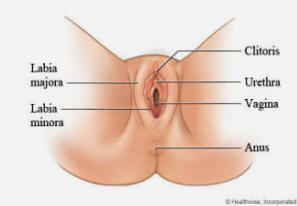 The therapy consists in eliminating the root cause, whether due to inflammation or general diseases or local irritative factors.

Other to this, it is naturally necessary to establish a thorough cleaning of the part and apply locally powder or ointments based on cortisone or nonspecific antibacterial substances with no allergic action The erythematous vulvite is sometimes triggered by irritants, linked to incorrect habits both hygienic and behavioral.These chemical or physical agents damage the vulvar skin, more susceptible than that of other body districts to such agents , and can cause an allergic reaction that leads to a chronicization of the pathology. In addition to the irritants responsible for the vulvitis there are endogenous factors that can contribute to triggering contact dermatitis.
· Implied factors
· Suits and body too tight
· Synthetic linens
· (Nylon, lycra)
· Use of oily or perfumed toilet paper
· Use of synthetic or low-breathable absorbers or protectors
· (Containing cellulose)
· Abuse of topical substances (deodorant sprays, depilatory waxes, aggressive detergents)
· Barrier contraceptives 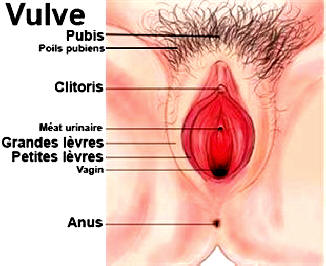 Follicular vulvitis is characterized by the presence of papules with a diameter of a few millimeters which sometimes go to a process of suppuration. In this case there is the formation of pustules. This form of vulvitis is localized to the areas covered by the hairs, ie the labia majora and is rarer than the erythematous vulvite.

The therapy consists of the local use of disinfectant but non-irritating solutions (boric acid, lactic acid, polyvinylpyrrolidone complexes and iodine and aspersor dust) Diabetic vulvitis is a frequent form in patients suffering from this disease and is characterized by a reddening of large and small lips with swelling and edema of the tissues.

The therapy of diabetic vulvitis consists of the same antidiabetic treatment and local treatment with disinfectant solutions of the type already mentioned and with antibacterial powders.Frequently, especially on this dystrophic soil, particularly fungal infections overlap

The Trichomonase vulvites are those micetisarran treated in the paragraph edited to the vaginitis, because they are generally secondary to these.The inflammation of the vulva is often associated with the inflammation of the urethra, sometimes the infection of the urethra is secondary to a vulvitis, while other times it is the vulvite that compar and during an urethritis. 'The urethra is indeed one of the points of choice for the localization of Trichomonas and other pathogens (streptococcus, staphylococcus, bacterium coli, gonococcus).

They are distinguished:
1) an acute urethritis
2) a chronic urethritis.

1) Acute urethritis in women is more favorable than men's prognosis. The symptomatology is represented by more or less continuous pain, both spontaneous and pressure, by urination and sometimes by itching.

Often there is also the involvement of the skeletal glands of Skene, whose outlets appear surrounded by a reddish halo. This sign was once considered almost pathognomonic of a blenorrhagic infection, but in reality it may also be present in other forms of infection. The diagnosis must be directed to the identification of the agent c ausa.The treatment must be general and local.

The best results are obtained with the general treatment: administration of antibiotics, sulfonamides or disinfectants that are eliminated mainly through the urinary tract (nalidixic acid, nitrofuran). Many germs, however, are insensitive to various types of antibiotics and therefore it is the rule to isolate the germ in culture, identify it and then start a treatment based on the data of the antibiogram.

2. The urethritis and / or chronic skenitis may be the consequence of an acute form not perfectly healed, or arise primarily after an infection that evolves in an attenuated way. The symptomatology is characterized by pain and burning during urination.

Objectively, it is noted that the mucous membrane of the urethra is red, edematous and sometimes presents granulations. The therapy can still provide for the use of local instillations with disinfectant solutions or with silver nitrate at the concentration of 2% but also in this case it is appropriate to establish an adequate antibiotic therapy based on the data of the culture and of the antibiogram.

Bartolite, which is sometimes independent of vulval inflammation, is most often due to the germs usually found in genital infections. Generally, the germs of the vulva pass into the excretory conduit of Bartolini's gland, thus giving rise to an inflammatory process, first of a phlegmonic character and subsequently of an ascetic nature. In this case the glandular cavity is invaded by purulent material, which can be emptied through the excretory conduit of the gland.

The pus can also make its way to the inner face of the labia or, more rarely, to the vagina. Bartolinite mostly affects women of childbearing age. It can sometimes be bilateral, but it is generally one-sided. Initially we notice a swelling of the gland with hyperemia of the surrounding tissues. The tumefaction has a variable volume, with diameters ranging from 1 to 5-6 cm and sometimes even more. The symptomatology is subjectively characterized by a sense of tension at the level of the gland and pain, which is accentuated with the progressive relaxation. Fever is present in the acute stage. Frequently the form becomes chronic and the gland becomes a cyst. Diagnosis is generally easy. At the physical examination we notice an evident swelling of the big lip, very painful to the pressure.

The differential diagnosis should examine forunculosis, elephantiasis of the labia majora, the cysts of the duct of Nuck. The treatment of the acute form consists in emptying the abscess by incision with the scalpel or by suction with syringe, following the introduction into the abscess of antibiotics. Emptying must be associated with general antibiotic treatment. Vulvar forunculosis is an infection usually determined by Staphylococcus aureus.

It is mostly located at the labia majors, less frequently on the mountain of Venus. Generally it is not a single boil but more boils that can evolve to poussèes and recidivate for many months. The therapy consists in the administration of antibiotics in the acute phase, possibly associated in the chronic forms to the vaccinotherapy (autovaccino) and to hepatoprotective or antidiabetic therapy, if necessary.